Ever dreamed of going on a drive with Shah Rukh Khan? Hyundai Elantra lets you do just that, in a viral virtual reality campaign available on YouTube. The two-and-a-half-minute-long video experience gives a 360 degree interior view of the vehicle, while SRK takes you through the specs of the car: who better to sweet-talk you into buying the sedan!

So how much has digital technology affected the way ad agencies and brands approach their campaigns in India? The numbers show that it has definitely made a mark in the way ad spend has been distributed. In this year’s Digital Advertising Report, Nawal Ahuja, co-founder and director of Exchange4Media, says, “Digital ad spends will touch almost ₹19,000 crore in three years, almost the same as the size of the print ad industry today.”

As millenials and Gen Z enter the workplace, they bring their easygoing relationship with technology and new terminology along with them. And while veterans are inspired and knowledgeable about the extent of technology available, adopting them is a slower process. Prathap Suthan, chief creative officer at Bang in the Middle and the creative mind behind the ‘India Shining’ ad campaign, says, “You can’t just get AI into an ad agency overnight. The initial investment is humungous. It is in the nascent stages here, and is a long way off before it reaches computational creativity.” That being said, almost everyone uses analytics to shape the way their campaigns are created.

It’s not just the wow factor of the technology used that matters. Audiences are more mindful of the content that is being marketed — social media users waste no time in getting vocal against regressive or stereotypical portrayals of gender roles and identity. Airtel’s 2014 ‘Boss’ ad was meant to portray women in a stronger role at the workplace, but backfired when viewers questioned why the woman was shown in a traditional role, cooking. On the other hand, Vicks’ ‘Touch of Care’ campaign featured the true story of a transwoman who fights daily to educate her adopted daughter. It racked up over 9.8 million views, and for all the right reasons.

Big players and spenders are not the only ones profiting from this trend of online advertising. Homegrown digital media content creators tie up with big brands to create ad sketches. Take for example, Dice Media’s campaigns for Netflix, featuring online stars Mithila Palkar and Dhruv Sehgal. Regional media is getting roped in as well, with YouTube channels like Parithabangal working with brands like hotel price comparison site Trivago and dating app Tinder.

Social media advertising too has become more accessible and affordable — think Facebook and Instagram promotions starting for as little as ₹40 a day, while Snapchat slashed their prices to $2.95 (₹200) for a 1000 views earlier this month. On this page, we explore how the advertising industry is adapting to the ever-changing digital landscape and how their work processes reflect this.

The Internet hivemind has a way of throwing up surprises, especially when all it takes is one viral video to make someone famous. And they don’t have to fit into the cookie cutter mould of how social media influencers tend to look and behave. Sometimes, you can get famous for just being yourself, as these men have found to their advantage. 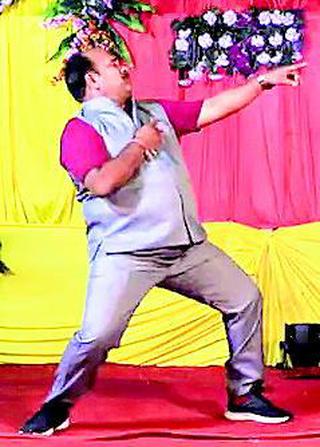 This professor from Vidisha in Madhya Pradesh was filmed doing what he loves most — dancing with abandon at a wedding — and became an overnight viral sensation earlier this week. The ‘Dancing Uncle’, as netizens dubbed him, has been written about by news outlets across the world, has met a bevy of Bollywood celebrities (including his idol and inspiration, Govinda) and has been signed on by Bajaj Allianz for an ad campaign. All while rocking a safari suit. 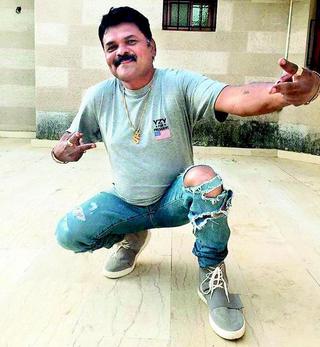 The Mumbai-born, Zambia-based social media star — he has over 2.4 million followers on Instagram — is as unconventional as it gets. Hardly ever seen without his dark shades and signature mustache, he is unafraid to take off his shirt or sport wild-coloured wigs. He mimics posts by stars like Kylie Jenner, Cardi B and Christiano Ronaldo, much to the amusement of his fans. He also does collaborations with other influencers and online brands, and was in India recently for the Influencers Gig at Mumbai and Bengaluru.

Know why is social media marketing important for every business

Know why is social media marketing important for every business

On page SEO techniques that are very important